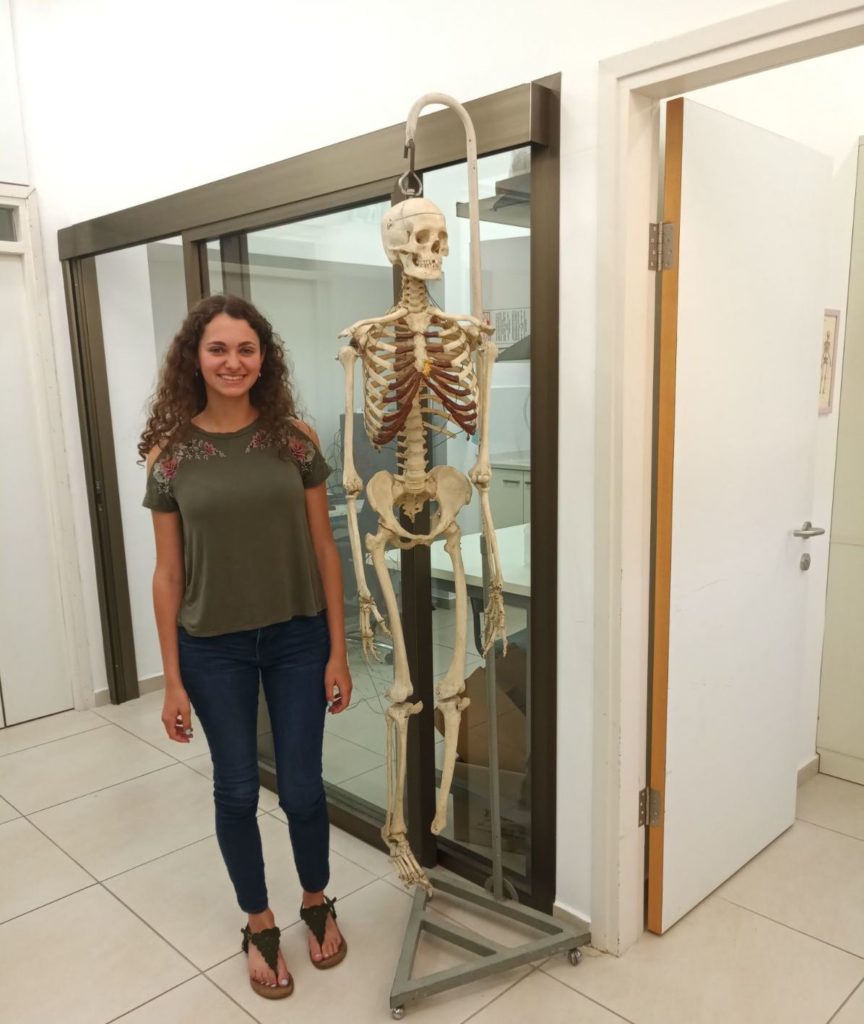 “I’m interning at TAU in Hilom’s lab and what we’re doing is we’re studying medicine through evolution. We’re studying ancient populations and current populations and comparing their medical issues to see what we can learn about them. It’s been really interesting and I’ve learned a lot about bones, the types of bones, different diseases, and I’ve worked with a lot of interesting material – bones that are thousands of years old. Also, I’ve learned to use medical imaging software which is a good skill to have. I’m really enjoying my time on Onward.

During my free time I’ve been exploring the city, been going inside and outside of Tel Aviv. This weekend I’m going to Akko, last weekend I went to Be’er Sheva and saw some ruins from an ancient jewish civilization there. It’s part of the evidence that Jews lived here such a long time ago especially when you see where the alter used to be, the actual alter was moved to a museum in Jerusalem but now there’s a replica in its place there, just to show people where it was. So that’s what a lot of archeologists look for to show that Jews were there. Also in Tel Aviv exploring vegan restaurants because I’m vegan, there a lot of options for me here so its been great.”