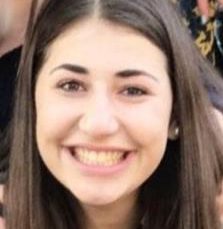 “After Onward Israel, I am returning to Camp Yavneh, a Jewish overnight camp in Northwood, New Hampshire, for my tenth summer to work as a second-year counselor. Having committed to this position early in the school year, I was excited to learn about the opportunity to come to Israel and work for a few weeks after school ended but before camp started. The program’s intentional design uniquely suited my schedule and interests, and I definitely feel that the program has lived up to my expectations.

In the fall, I am going to be a sophomore at the University of Michigan, applying to major in public policy. As such, I sought an internship position in this realm. Estee found the perfect place for me: an intern to the spokesman of the Jerusalem Institute for Policy Research, a research-based think tank focusing on economic, political and ecological problems within Jerusalem. With Israel’s 70th Independence anniversary, the Institute’s annual statistical yearbook release, and the moving of the US Embassy to Jerusalem on the cusp, it seemed I could not have arrived at a better time. I was quickly thrown into the mix, bouncing from office to office on my first day, editing English translations while getting to know my co-workers for the next five weeks. Since then, I have been helping to create, edit, and translate various accounts for the Institute’s public relations division. I’m very much enjoying the experiences I’ve had, immersing myself in the Hebrew language and in Israeli workplace culture while also writing about subjects that interest me.

Outside of my internship, I’ve also had a lot of fun. Living in Israel as a worker, rather than a tourist, provides a new perspective. Getting to know the area, returning to your favorite food places, and navigating through the city and meet up with friends are things I didn’t have the luxury of doing the first time I was here. I love the balance of structure and freedom that we enjoy. We have also already participated in meaningful programs, including visiting the Kotel on Shabbat and taking a tour of a Charedi neighborhood. I’m excited to make the most of this experience and bring back what I have learned–about Israeli culture, the Hebrew language, and the Jewish religion– to camp in a few short weeks.”