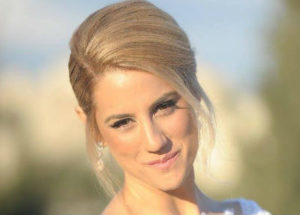 Zehavit coordinates finance and operations at Onward Israel, taking the lead on budget issues, and managing negotiations with suppliers and organizers.

Zehavit served in the army as a satellite communication guide in the Computer and Information Corps. Prior to joining Onward Israel, she has worked at the Jerusalem Mayor’s building as a social media intern in the mayor’s spokesperson’s office. She has B.A in Journalism and Social Media from Ramat Gan College.

Zehavit is married to Tomer. They live in Jerusalem and are expecting the first child. Zehavit likes to paint in oils and acrylic colors on canvas.