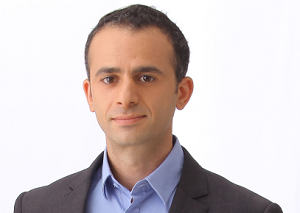 Yoni Mann serves as the Senior Advisor to the CEO of Onward Israel. He grew up in San Francisco and made Aliyah to Israel in 2011. Yoni has a deep passion for Israel and Jewish Peoplehood. Prior to Onward Israel, Yoni founded and headed the Campus Department at Jerusalem U for four years, working to provide Israel educational experiences to thousands of college students throughout North America.

He most recently completed his term as Board Chair of the World Union of Jewish Students (WUJS), the umbrella organization representing over 500,000 Jewish students worldwide. His involvement in Israel and Jewish communal affairs extend to over 10 years with numerous Jewish organizations such as AEPi, Hillel, Chabad, StandWithUs, Israeli Jewish Congress, and the Jewish Agency for Israel, where he directed a flagship program encouraging Aliyah on college campuses.

During his service in the Israel Defense Forces, Yoni served in the Foreign Relations department working for senior foreign high-ranking delegations to Israel. His political experiences include advising various Israeli Knesset Members, and he currently heads the Olim Department of the Hitorerut in Jerusalem party, with which he was a candidate for the Jerusalem city council in 2018.

Yoni served as a delegate in the 37th World Zionist Congress and is a member of the Zionist General Council of the WZO.

Yoni lives in Jerusalem and enjoys playing the trumpet with Jerusalem’s Harel Orchestra. He graduated with a B.S. in Marketing from California State University, Northridge in 2010.