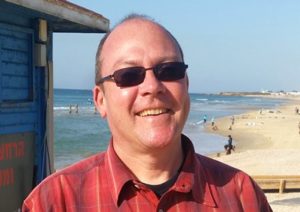 Scott currently serves as the Vice President and Director of Education at Onward Israel. He holds a B.A. from Brandeis University in Judaic Studies and an M.A. from Hebrew University’s Institute of Contemporary Jewry, and is also a graduate of the Mandel Jerusalem Fellows, a prestigious leadership development center for the Jewish educational world.

Scott has worked as a tour guide and educator in a wide variety of Israeli and Diaspora settings. He has taught in Jewish communities around the world and has been deeply involved in educational tourism. His areas of expertise include Israel studies, Jewish history and thought, and travel as an informal educational arena. Scott has published online for the Jewish Agency, at Jewishlearning.com, in Shma, in Zeek, and in Blätter für Deutsche und Internationale Politik. His article on the vision and practice of Israel Travel Education appears in the Springer Press Handbook of Jewish Education.