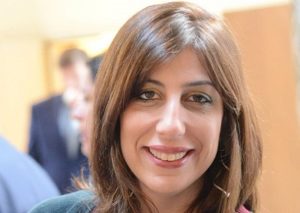 Keren was born in Paris. She studied in Jerusalem at the David Yellin College of Education, earning a BA in Informal Education and History. As a student, Keren spent her summers in Israel guiding groups from abroad with with the JNF.

In 2005, Keren began to working at Yad Vashem as a guide, and two years later she became coordinator for all educational activities for students from abroad at Yad Vashem’s International School for Holocaust Studies. At the same time, she began working with March of the Living, guiding groups in Poland which she still does to this day.

From 2011-2015, Keren worked at Taglit Birthright Israel as a Program Evaluation Coordinator, and from 2015-2018 she was the Educational Director at the World Betar Movement. Today, Keren is in charge of housing, internships, and security issues at Onward Israel.