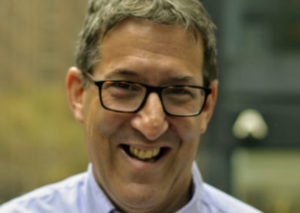 Ilan was born in New Jersey and moved to Israel in 1986 after years of activity in the Young Judaea youth movement. Upon arriving in Israel, he helped found the Keren Kolot Educational Seminar at Kibbutz Ketura, wrote a text book for teaching English at the high school level, and then went on to be the head of the Education Committee on Kibbutz Yotvata, and supervisor of Civics at the regional high school.

Ilan returned to Israel in 2009, continuing his work as the Director of the Jewish Agency’s North American regional office and was involved in the creation of Onward Israel, of which he is currently the President and CEO. Ilan lives In Modiin with his wife Shoshi and two children, Amit and Adi, and their beloved dog, Eddie. If you meet Ilan, be sure to say a kind word about the Boston Red Sox.