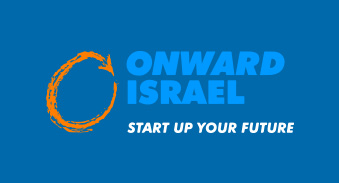 Don’t be alarmed if the streets of Tel Aviv seem particularly lively on Thursday June 28th, it’s White Night! White Night, or Laila Lavan in Hebrew, is a city-wide party that has been a tradition since 2003 when UNESCO declared Tel Aviv’s “White City” a World Heritage Site for its culture and architecture. The city will […]

My name is Amanda Kaplan, and I’m from Sharon, Massachusetts and I have been living and working in Israel for the past two weeks on the Onward Israel Camp Counselor program. After Onward Israel, I am returning to Camp Yavneh, a Jewish overnight camp in Northwood, New Hampshire, for my tenth summer to work as […]

Danielle grew up in Montville, New Jersey. The middle daughter of two computer science majors, Danielle chose to major in studio art. “This was way out of my family’s comfort zone,” says Danielle laughing. During her sophomore year, and upon her brother Derek’s graduation from college (finance major), the two siblings decided to do a […]

Taking Connection to the Next Level Available in the Apple App Store and on Google Play, the app is downloaded by participants before they come on their program and stays with them long after they return home. The Onward Israel App is a gateway to the program and to Israel. It offers exciting opportunities for […]

Eighty programs will be running this summer, from Haifa in the north to Be’ersheva in the south. The scope of programs has grown, and participants can choose from a broad range of internship experiences. These include arts and culture, communications and social media, computer science and start-ups, diversity and social justice, sustainability and green energy […]

Seven Years On As we open Year 7 of Onward Israel, I am pleased to provide this short update. The first of our Winter 2017-8 programs begin in two weeks. Currently we are scheduled to include more than 320 participants, a growth of some 20% over last year’s winter cohort. We are proud of our […]

This post first appeared on Cincy Journeys. 40 hours later and we finally made it back to Cincinnati! What would our returning travel experience be without (another) flight cancellation and night spent in a Newark hotel? For our last post, we will be reflecting on our individual experiences with Onward Israel this summer. Andrea: Six months […]

This post first appeared on JewishCleveland.org. My name is Emily Friedman and I am interning [through Onward Israel] at the startup Daystage. I can honestly say that living in Tel Aviv for the past two months has been the happiest two months of my life. There is something about this city and the people in […]

Connecting with the Country

This post first appeared on Israel Campus Roundtable. As I reflect upon all the adventures I’ve had, I also think about all I was able to learn in the process. At my internship, I had the opportunity to learn about my field, chemical engineering, and the world of petrochemicals. Just last week I had the […]

This post first appeared on JewishCleveland.org. Hi! My name is Abby Nikiforovs and I am a rising senior at the Ohio State University, studying International Relations and Diplomacy and Hebrew. This summer, I am interning [through Onward Israel] at a documentary film development company called Greenhouse. Each year, the program helps first and second time […]